Have you heard about Sprouted Rice yet? You might have come across it in your local grocery store, seen it on Amazon, or heard about the enhanced nutritional benefits from a dietitian, but do you know what it actually is? Well, look no further than this blog post where Sprouted Rice is explained and benefits of eating sprouted rice highlighted.

What Is Sprouted Rice? 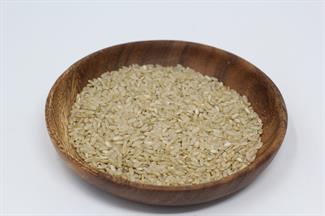 Sprouted rice grains are 100% whole grains that are germinated in a warm, humid environment. In the sprouting process (AKA germination), the rice kernel converts some of its internal starches into healthy amino acids. That makes the percentage of the other nutrients in every single rice grain higher. This is especially true for the beneficial GABA (Gamma Aminobutyric Acid) that is found in abundance in rice after the sprouting process.

The Health Benefits of Sprouted Rice
Sprouting rice increases the overall percentage of nutrients and breaks down phytates. Phytates are naturally-occurring antioxidant compounds in grains. Phytates bind to minerals like iron, zinc, magnesium, or calcium which prevents your body from absorbing some of the nutrients in whole grains. But when phytates are broken down, the micronutrients in rice are easier for your body to absorb. That means sprouted rice provides even more minerals than regular rice. In addition to increased nutrients, sprouted rice contains much higher levels of the GABA which has significant benefits to your overall health. 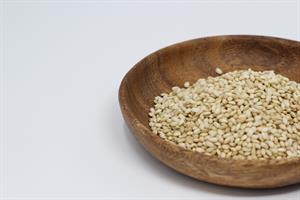 While GABA is naturally found in rice, U.S. rice millers are able to use a special rice sprouting process that results in higher than average germination rate to produce GABA abundant rice with a richer nutrient profile in comparison to other rice varieties. Another benefit of the sprouting process is that it softens the bran layer of the rice, allowing the rice to cook faster, softer and easier to digest than traditional brown rice. Sprouted brown rice has four times the GABA content of regular brown rice, and over ten times the GABA of white rice!

Additional Sprouted Rice Benefits
Research shows that after germination, brown rice is higher in several antioxidants, vitamin E, protein, healthy fats, and fiber. It also has a lower glycemic index, so it’s better for your blood sugar. Early studies also suggest that sprouted brown rice might have some anti-diabetic properties.

Note: USA Rice recommends purchasing sprouted rice opposed to sprouting on your own. The sprouting process must occur under controlled temperature and humidity conditions in order to not spoil.