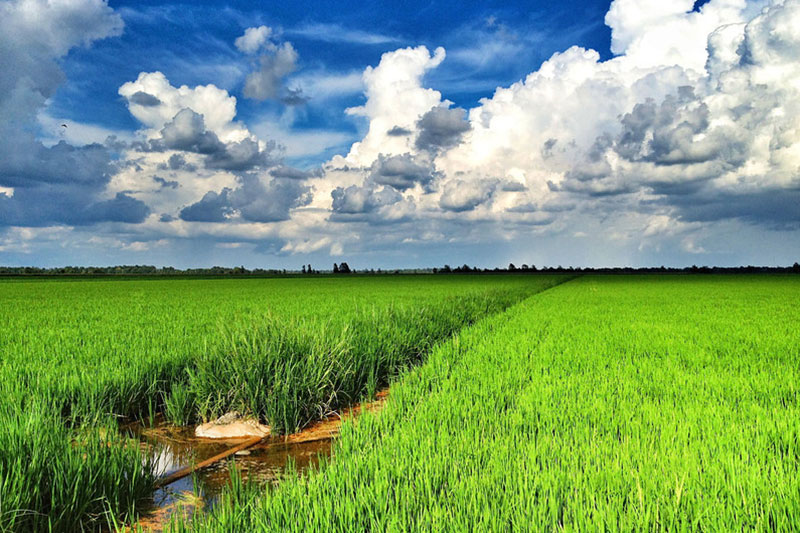 Rice production is concentrated in the northeast area of the state with Bolivar and Tunica Counties accounting for the most rice acreage. The 221 Mississippi rice farms grow mostly long grain rice, which is versatile and widely used.

Rex L. Kimbriel is credited with launching the commercial rice industry in Mississippi in the late 1940s. By 1953, Mississippi farmers were planting 70,000 acres and producing more than 1.8 million hundredweight of rice. Production practices common to other rice growing states had to be adapted for Mississippi growing conditions. Research at the Delta Branch Experiment Station led to the development of optimal varieties and practices for the rice production in Mississippi. By the mid-1970s, Mississippi rice production was expanding rapidly.

Agriculture is Mississippi’s number-one industry. The economic activity generated by Mississippi rice production is vital to rural communities and to the state as a whole. In 2019, more than 117,000 acres of rice were planted on 221 farms.  Rice production contributes nearly $95 million to the state’s economy and accounts for thousands of jobs, both on and off the farm. Rice also ranks as one of the state’s top five agricultural exports.

Mississippi’s rice crop is harvested in the fall. The winter flooding of the harvested rice fields provides excellent feeding and resting habitats for waterfowl. In the Delta, flooded rice fields serve the essential needs of migratory birds following the Mississippi Flyway.